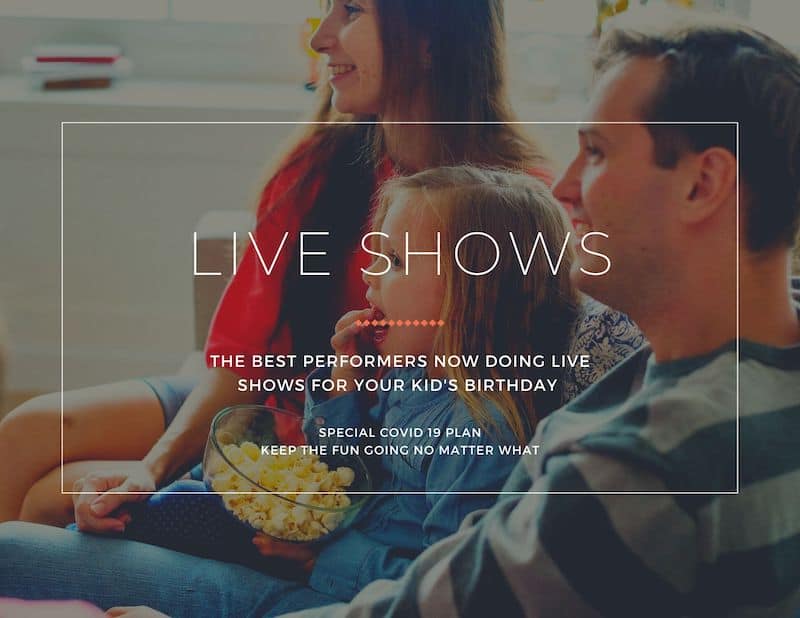 The Fun Master has created a 100% online birthday solution just for your kids.

We can put you in touch with real artists who offer to perform their live shows through a webcam, especially for you and your friends by connecting at the same time to enjoy the show and celebrate your birthday together.

If you don’t want to learn about how we come up with the idea of a virtual birthday, skip the next paragraph 👇

How we come up with this idea of virtual parties?

Tomorrow is John’s birthday; he should be happy and super exited just thinking about how much fun he will have, because his parents organized an incredible birthday party for his 10th birthday! But John has a problem – he was born in March. Until now it had never been a problem for him, it’s actually even nice to be born in March. When the spring weather returns, he can sometimes organize a birthday party in the backyard, warmed by the first light of a risen sun or have a pyjama party at home with his best friends and eat tons of Timbits. But this year, John will have to spend his birthday in isolation at home, without friends, because like all of us, John and his family are confined. He will have to stay confined to home for at least 2 weeks. It’s an incredible mess…!

John’s parents had already imagined everything to create a perfect birthday party: the invitations they had carefully prepared, the ice cream cake they ordered from Dairy Queen and even the reservation of an entertainer to keep the kids busy.

They had not counted on this virus which arrived from the other side of the world. At first, John’s friends worried about Covid-19, called to say they couldn’t come to his birthday. And then it’s the entertainer who has to cancel. And finally, it was the Prime Minister himself who spoke on TV to tell him that his birthday will have to be postponed for an indefinite period.

John’s parents are trying to put things into perspective, but they can see the disappointment in their son’s eyes, which only saw the tip of the iceberg… tomorrow is John’s birthday.

Thankfully, today we have the solution to John’s problem. Today is not too late and we are determined to give John the 10th birthday he deserves.

Make sure to have

*Our virtual parties are for kids up to 12 years old

*prices do not include travel fees, if applicable

The press loves us

Listen to our interview (in French) on CBC Radio here.

Read L’Express’s article about our Virtual birthday solution (in French).

Check our interview with TFO  (in French).

Our daughter’s party went well! The kids were engaged and the magician was entertaining! With six year olds, we thought the zoom call might not hold their attention but it did and they all appeared to be having fun. Thanks for making it a memorable party!

The Fun Master hosted a virtual party for my daughter’s 7th birthday. He was not only a great magician but a terrific entertainer. Funny, great disposition, and a genuinely nice guy. I never imagined hosting a virtual birthday party, but given the circumstances we still wanted to celebrate my daughter’s birthday all the while making it memorable and special. Elvine helped us do both. [...] Highly highly recommend Elvine. You won’t be disappointed! The video link of the entire birthday is a very nice touch and keepsake.

Elvine kept my 11 year old daughter and her friends entertained. His show was age appropriate and interactive. My daughter is still practicing her new magic trick and I received a lot of positive feedback from the other parents. Since in person parties are not possible at this time I would recommend this as a fun alternative.

The fun master managed to entertain all the children and adults, and keep them amazed and concentrated for one hour, I was impressed. My daughter loved her birthday and had a great time despite the self isolation. This online birthday was the best. Thanks so much.

What do you think about this online birthday plan? Comment below! 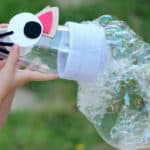 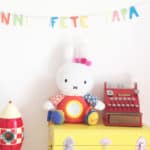 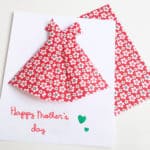 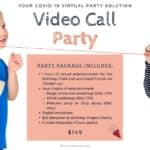